The future is uncertain. You need to be ready for anything.

“We have to look at a wide range of environmental factors that could act as triggers when it comes to terrorism-type behaviour, and the threats to individuals, and also to society so there is a lot of work taking place.”

Security forces do great work. But the truth is, attackers are better organised than ever before. In fact, MI5 recently concluded there was nothing it could have done to stop Usman Khan, a convicted terrorist, from killing Jack Merritt and Saskia Jones at the Fishmongers’ Hall attack.

Are you doing everything you can to keep your staff safe?

The profile and demographic of UK organisations staff is varied, however most will be untrained and totally inexperienced in the event of a major incident.

If the unthinkable were to happen, the human cost would be catastrophic while the reputational damage incalculable. Following the London Bridge attack on June 3rd 2017, Borough Market was closed for 10 days and total losses to businesses are estimated at £1.5 million. These businesses were bars, restaurants and market traders. The impact to a corporate would be significantly higher.

In addition to the terrorist threat, according to new government figures, around 46% of businesses have now suffered a digital attack. With 5.5 million companies in the UK, that suggests around 2.5 million may have been hit. It is a huge issue and one that is notoriously difficult to tackle. The risk of data theft is the one that boardrooms up and down the country are most concerned about, with 30% of firms discussing these in leadership meetings.

Ransomware on the rise, but also more sophisticated

Criminal groups are increasingly switching to COVID-19 themed lures for phishing, exploiting your consumers’ and employees’ concerns over the pandemic.

The move to remote working has also increased the risk of a successful ransomware attack. This is due to a combination of weaker controls on home IT and a higher likelihood of anxious users clicking on COVID-19 themed ransomware lure emails.

Data on ransomware is key in the pandemic. It tells us the story of how attacks are evolving, who it affects most and, with the right approach, how we can pave our way to a successful security strategy.

Our 2021 webinar series looks at a range of cyber security issues from different angles. What happens during the first 48 hours after a ransomware attack? Are you treating your security assessment in parallel or in sequence? And what’s around the corner?

During the sessions, we ran several polls. The data tells a story on its own. And the results should serve as a wake-up call to UK organisations.

With damages from cybercrime expected to hit $6 trillion this year (up from $3 trillion in 2015), we expect the number of ransomware attacks to increase and newer forms to become more sophisticated and disruptive. 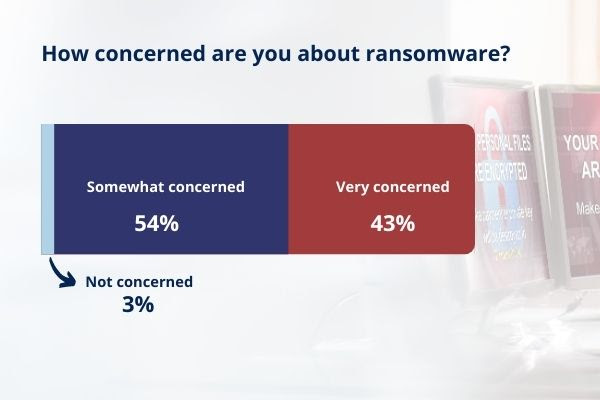 Just 3% of webinar attendees reported they were not concerned about ransomware, while 43% indicated they are very concerned.

While 19% said they have already fallen victim to a ransomware attack, 65% have seen incidents of phishing or malware delivered from well-known applications.

Despite these worrying statistics, just 41% of survey respondents said they have a fully tested Incident Response Plan in place. Meanwhile, 35% have no tested plan whatsoever. 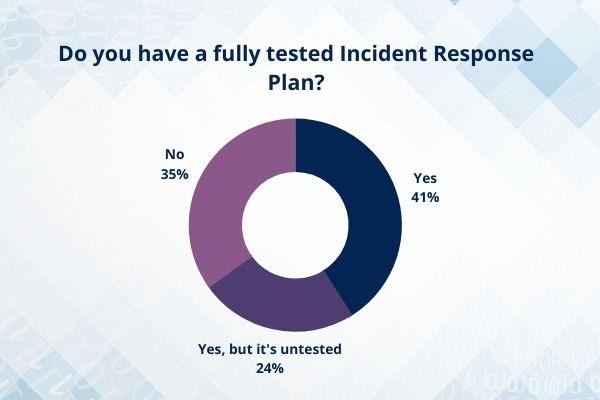 If a midsize company decides to pay after a ransomware attack, chances are it's not getting all of its encrypted data back. And yet, just 11% of firms appraised their security posture with full marks.

Meanwhile, two in every five respondents rated their security posture with just half marks.

The data reveals a growing gap between increasingly commonplace attacks and a lack of preparedness on the part of organisations.

Now is the time to rethink your ransomware response!

iFORCE is an iSYSTEMS company